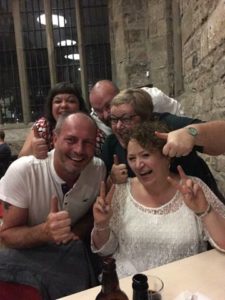 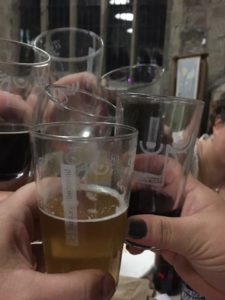 Clare Wood from Newcastle held a beer festival for us, and above and below are a few pictures that set the scene.  By all accounts it was a very jolly occasion for fellow birdies, their friends and families and work colleagues. 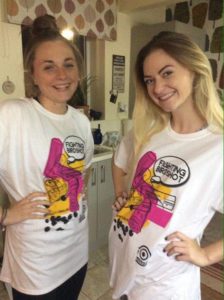 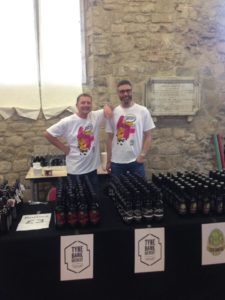 Here is a message from Clare:   “Just a quick update on the fundraising beer festival. We are now at £2833 which is fab. Thanks to Sharron, Barrie, Debbie, Annie, and David and Carly for their help with prizes, flags and designs. Ella (my daughter) also raised £600 doing the Great North Run recently.”

BUS hopes that this might become an annual event, like the Birdshot Shoot.  Despite the massive amount of work Clare put in organising it, she has already said she will be in touch next year when (we hope) she may do another one! 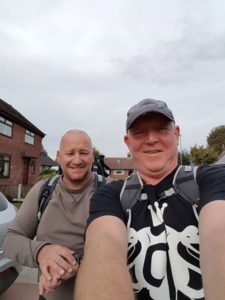 Barrie Standish and his friend John are two keen fitness fanatics in the North West of England who thought they could easily manage a 52-mile stroll for birdshot.  The aim was to promote the eye condition and raise a bit of money along the way.

On Friday October 21st, just after lunch, they set off on their route.  They walked from Glazebury, going through Lymm, Knutsford and Holmes Chapel. They walked 26 miles out and returned the same way. They set off at a brisk pace, and by evening time it was obvious that they would be walking through the night.  It was not as easy as they had imagined.

The following morning at 6.02am, Barrie’s wife Debs reported on Facebook:  “He is home now and tucked up in bed. His words: NEVER AGAIN…. So proud of them. Thank you to all who have sponsored for this amazing achievement…He will suffer when he tries to get out of the bed.  I am sure there could be less challenging ways, but that’s Barrie!”

Barrie commented afterwards to his birdshot friends who had supported him online through the night: “Thank you so much for all your support and donations, really, really appreciated your well wishes, it went a long way in helping us keep going through the night. I can honestly say that I have never done anything that hard in my life! We had to dig deep and then find some more from somewhere. The last seven hours were purgatory. John lost the skin on both feet and toes, and I’ve got away with 3 blisters.  My legs are absolutely battered, I’m lying on the couch not knowing what to do with myself, it’s the tendons at the backs of my knees, I can’t straighten them properly, walking around like Max Wall.  Never ever again.”

But we say: watch this space!

Barrie raised nearly £1,000 from his walk which is a fantastic total.

What a fabulous couple of fundraising events from the north of England! Thank you all for your great efforts. BUS will be putting all the money raised from these two events towards future birdshot research.